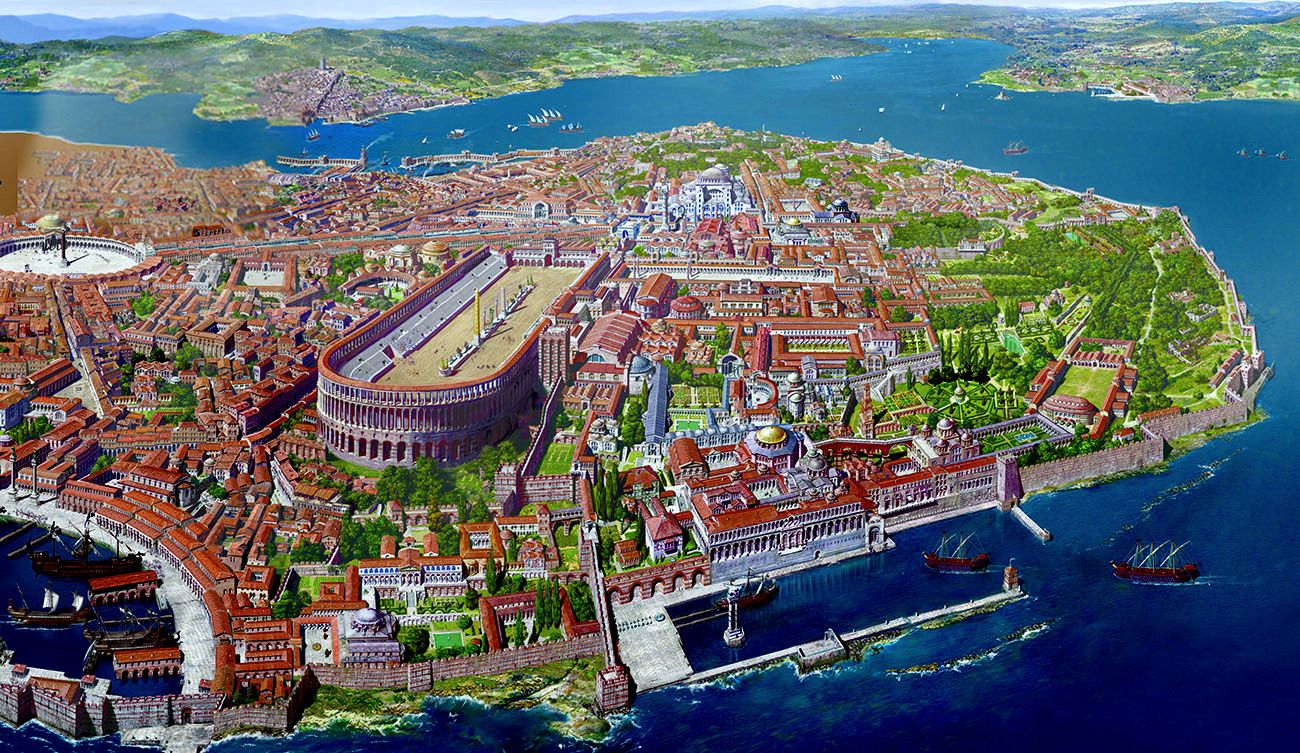 Byzantine and Ottoman empires to the present day structures

Istanbul is a city that has been home to three empires. The fact that it was home to great empires in the past ensured that it also housed beautiful historical structures. The history of Istanbul is exactly the kind befitting the glory of the city. Here are the Byzantine and Ottoman buildings in Istanbul.

Hagia Sophia, one of the most visited museums in the world, means ‘divine wisdom”. Hagia Sophia is the largest Byzantine church built in Istanbul. The building, which was used as a church for 916 years, was converted into a mosque with the conquest of Istanbul. It was converted into a museum in 1935 by the request of Atatürk. It is of great importance for understanding Byzantine architecture.

The Aya Irini Church, meaning "Holy peace", is a neighbor of Hagia Sophia and was built in the same period. Although it remained within the walls of Topkapı Palace with the conquest of Istanbul, it was not converted into a mosque. Therefore, it has been able to come today without any changes in architecture. Aya Irini Church is of great importance for the understanding of the museum in Turkey. Because the first museum work was done here.

The history of the Kariye Museum, which means” out of town", dates back to the fourth century. The building built by Justinian was converted into a mosque after the conquest of Istanbul. It became a museum in 1945. This place, known today as the Kariye Museum, is located in the 11th century. made in the century. It has been destroyed and repaired many times. 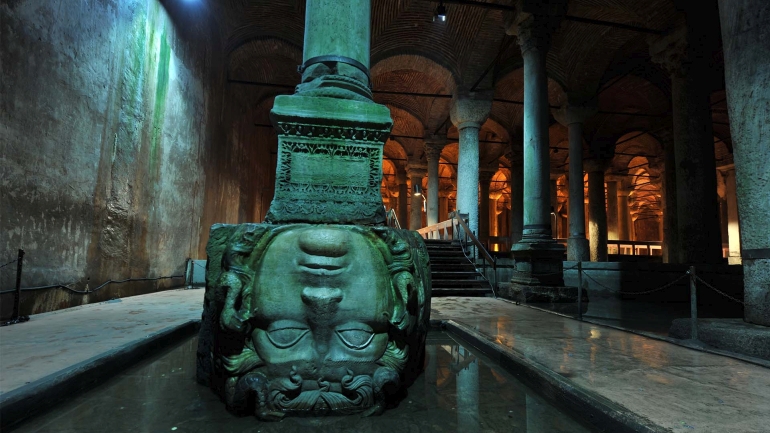 The Basilica Cistern, one of the magnificent historical buildings of Istanbul, is the Basilica Cistern of the Byzantine Emperor I. It was built by Justinian between 527 and 565. The purpose of the cistern is to provide water to the palace by storing water. The building was used for a while with the conquest of Istanbul, then forgotten. In the 1500s, two Dutch travelers noticed this place and brought it back to the surface.

The Bozdogan Arch, the oldest aqueduct in Istanbul, was built by Emperor Valens. During the late Roman, Byzantine and Ottoman periods, the arch met the water requirement of the city for 1500 years. The water of the Basilica Cistern also comes from here.

Beylerbeyi Palace
19, replacing Beylerbeyi Palace. a wooden palace was built in the first quarter of the century. But the palace burned down after a while. Later, Sarkis Balyan, the famous architecture of the period, built today's structure for Abdul Aziz. Beylerbeyi Palace was used as a summer palace in the old times and foreign guests were accommodated here.

This palace, built after the conquest of Istanbul, took 17 years to build. The building built by Fatih Sultan Mehmet started to be built in 1461. State affairs were carried out at Topkapı Palace and members of the dynasty lived. One of the most visited museums in Istanbul, Topkapi Palace is one of the sacred relics, Kaşıkçı Diamond, clothing collection and Chinese porcelain collection can be seen in many works such as

Dolmabahçe Palace
Dolmabahçe Palace, built at the request of Sultan Abdülmecid, was used as the main palace in the last 70 years of the Ottoman Empire. Mustafa Kemal Atatürk lived here and died here again. It is possible to see many works in this structure.

III. Ahmet Fountain
Located in Üsküdar Square, III. Ahmet fountain was built in 1728 to meet the needs of those passing through the Bosphorus. The couplets on the fountain were written by the famous poets of the period Rahmi, Şakir and Nedim. At the intersection of Üsküdar's Paşalimanı Street and Hamiyeti Milliye Street, it is possible to see this structure, which is one of the most beautiful fountains in Istanbul.

Cağaloğlu Bath
Cağaloğlu bath in 1741 I It was built by Mahmut to provide income for Hagia Sophia to Abdullah Agha. But the owner of the plan is Süleyman Agha. The structure of this work was made in classical Ottoman architecture and Baroque style. It is the last great Turkish bath in the Ottoman period. 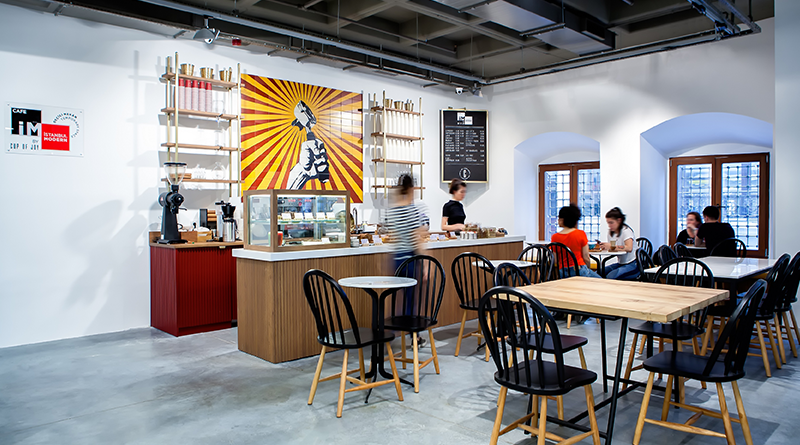 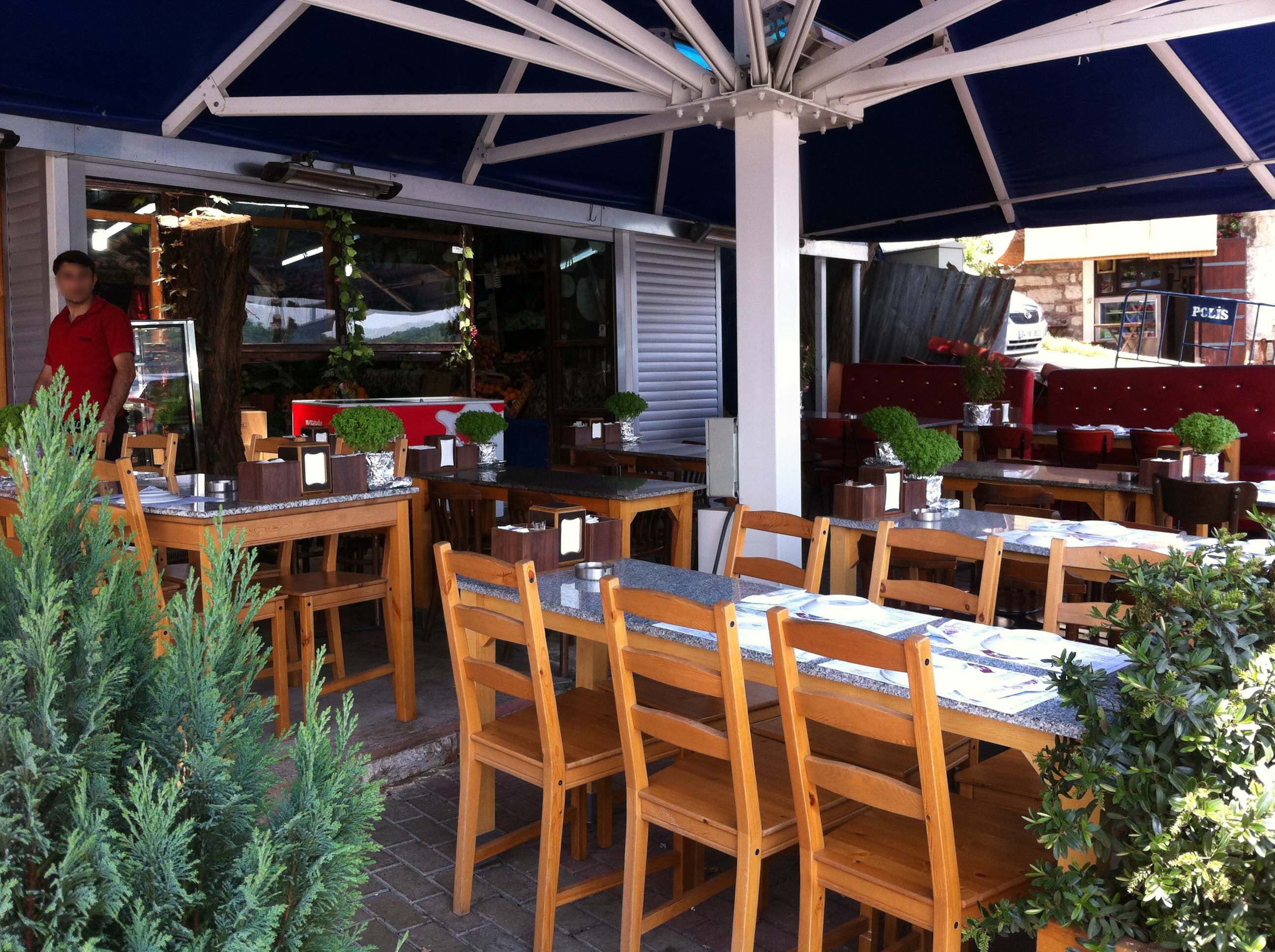 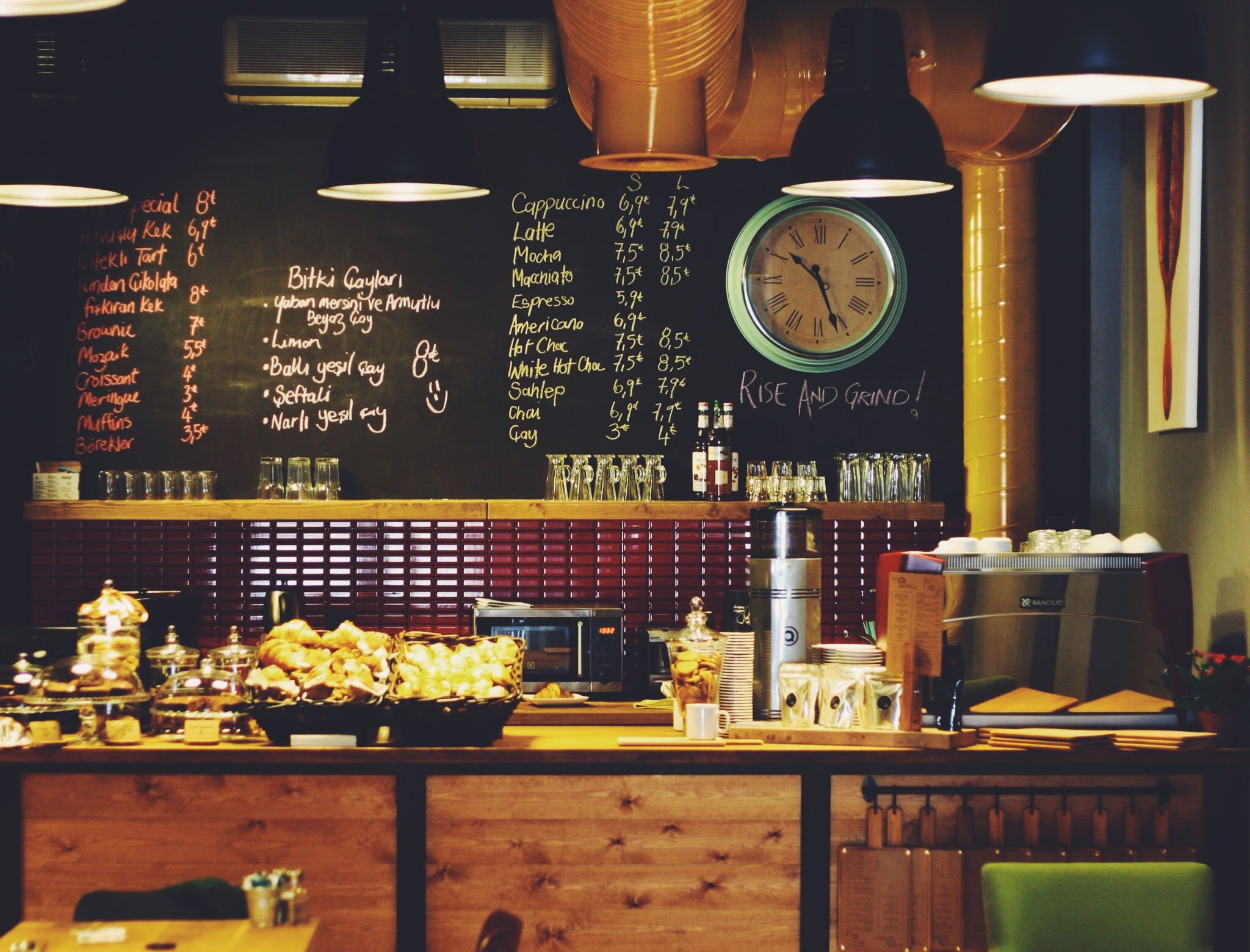 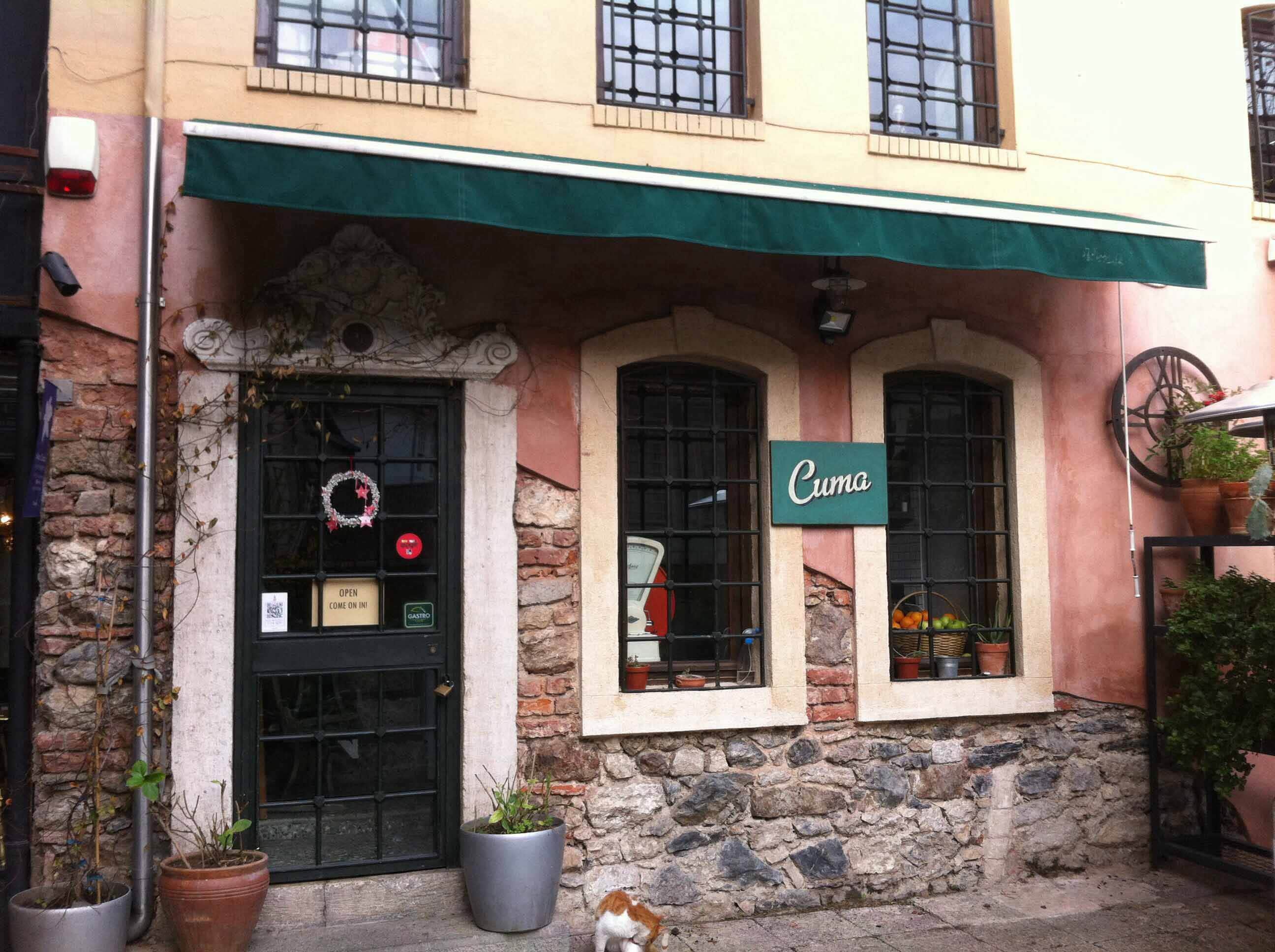 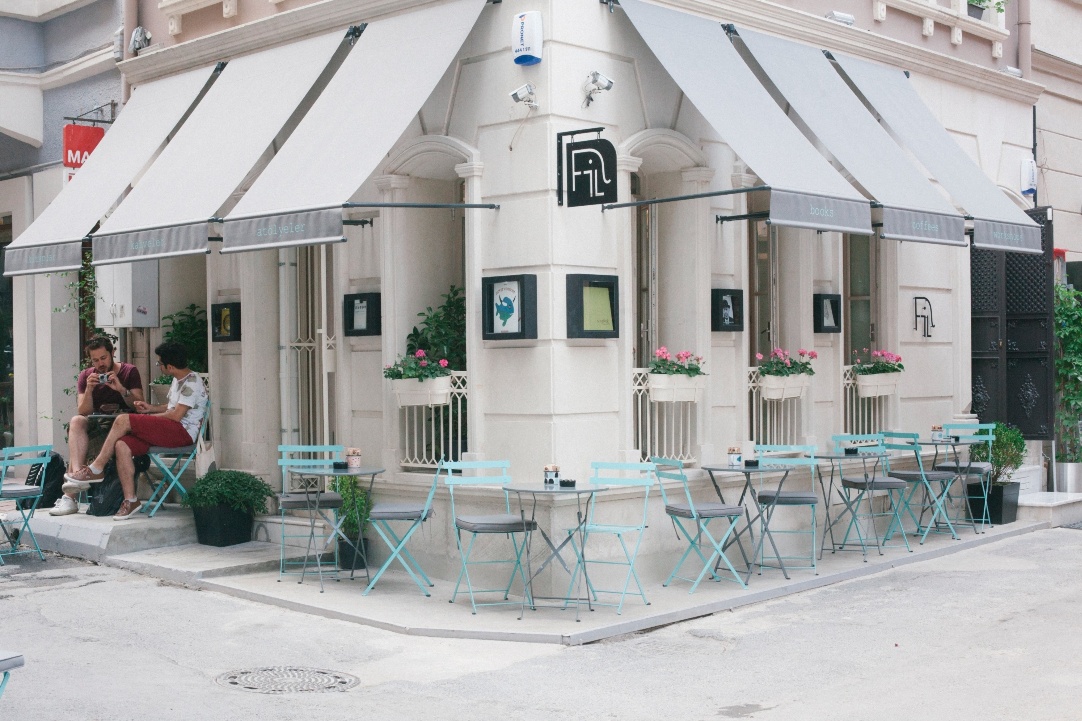 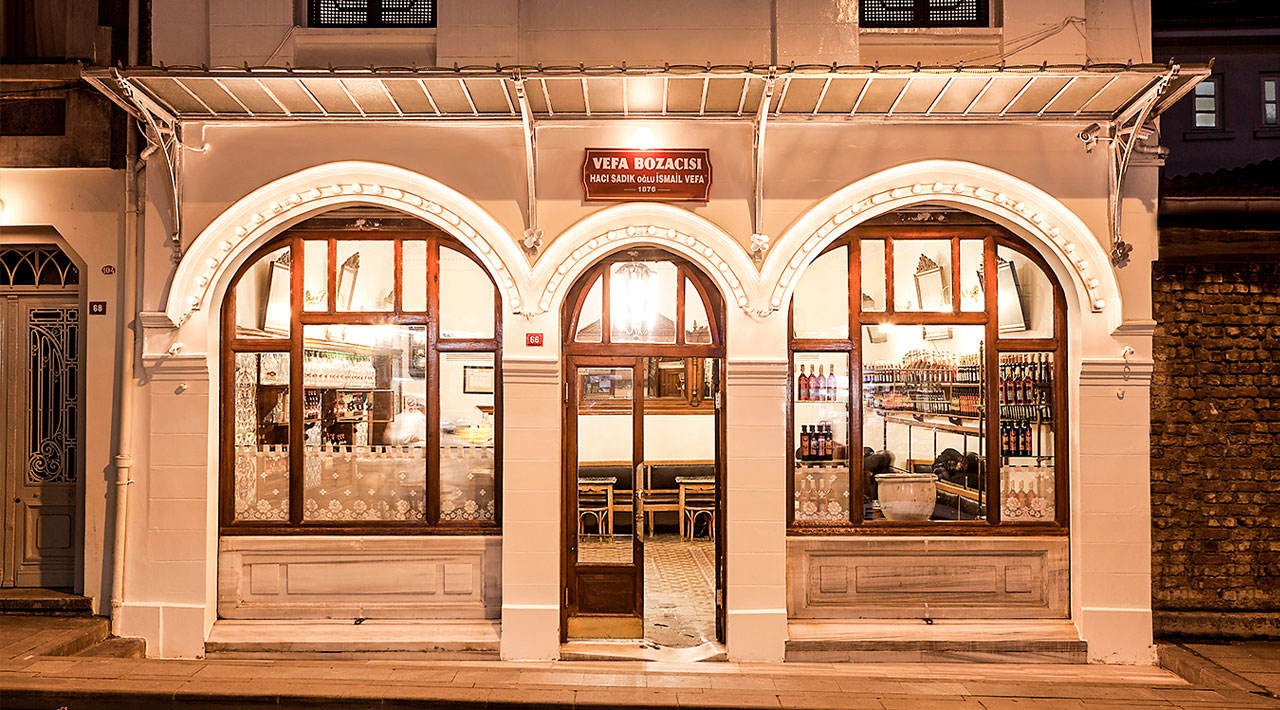 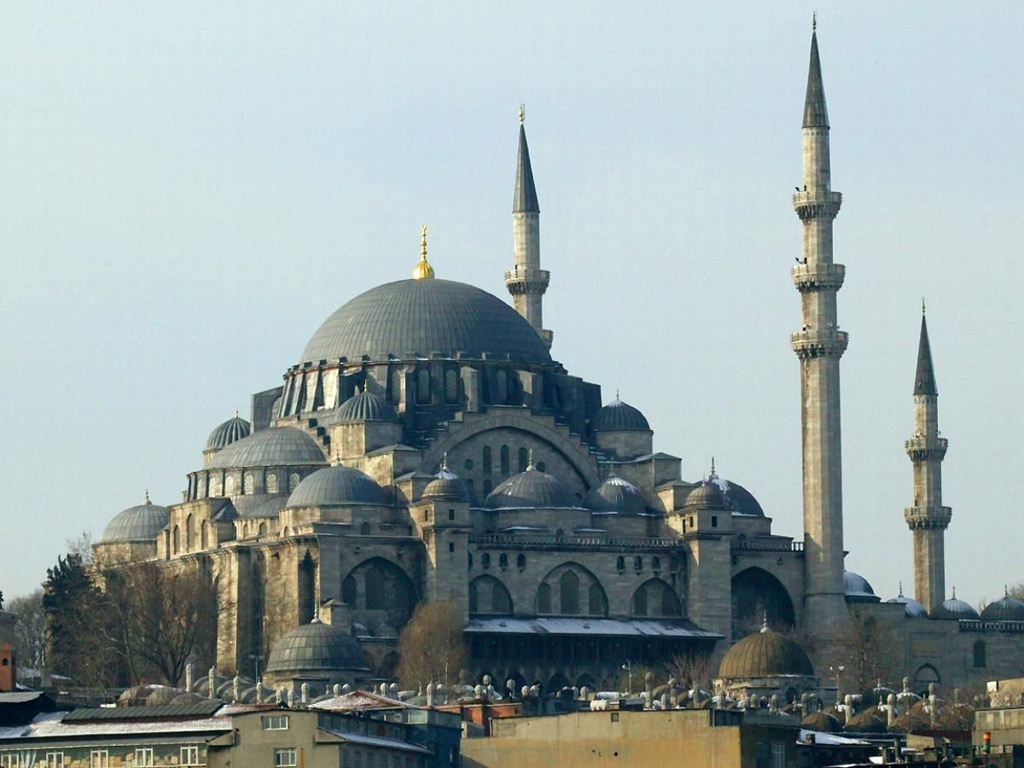 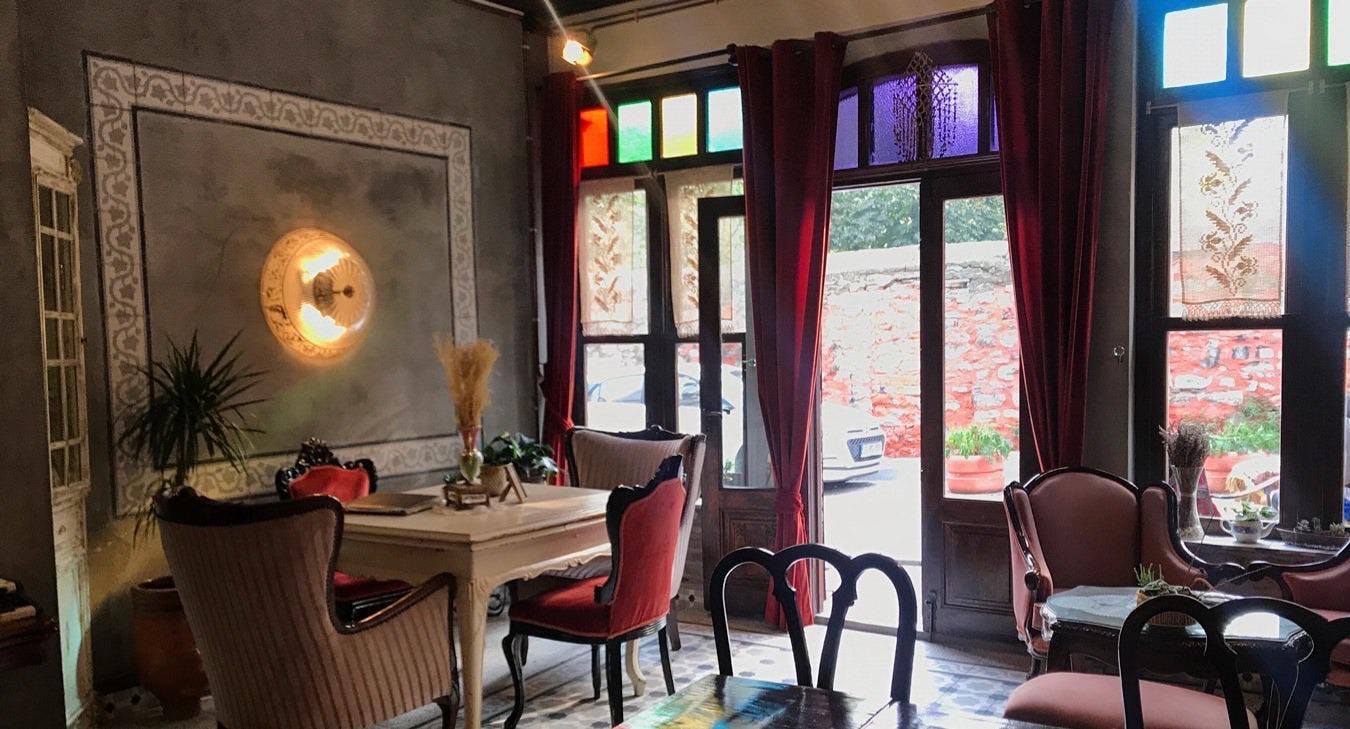 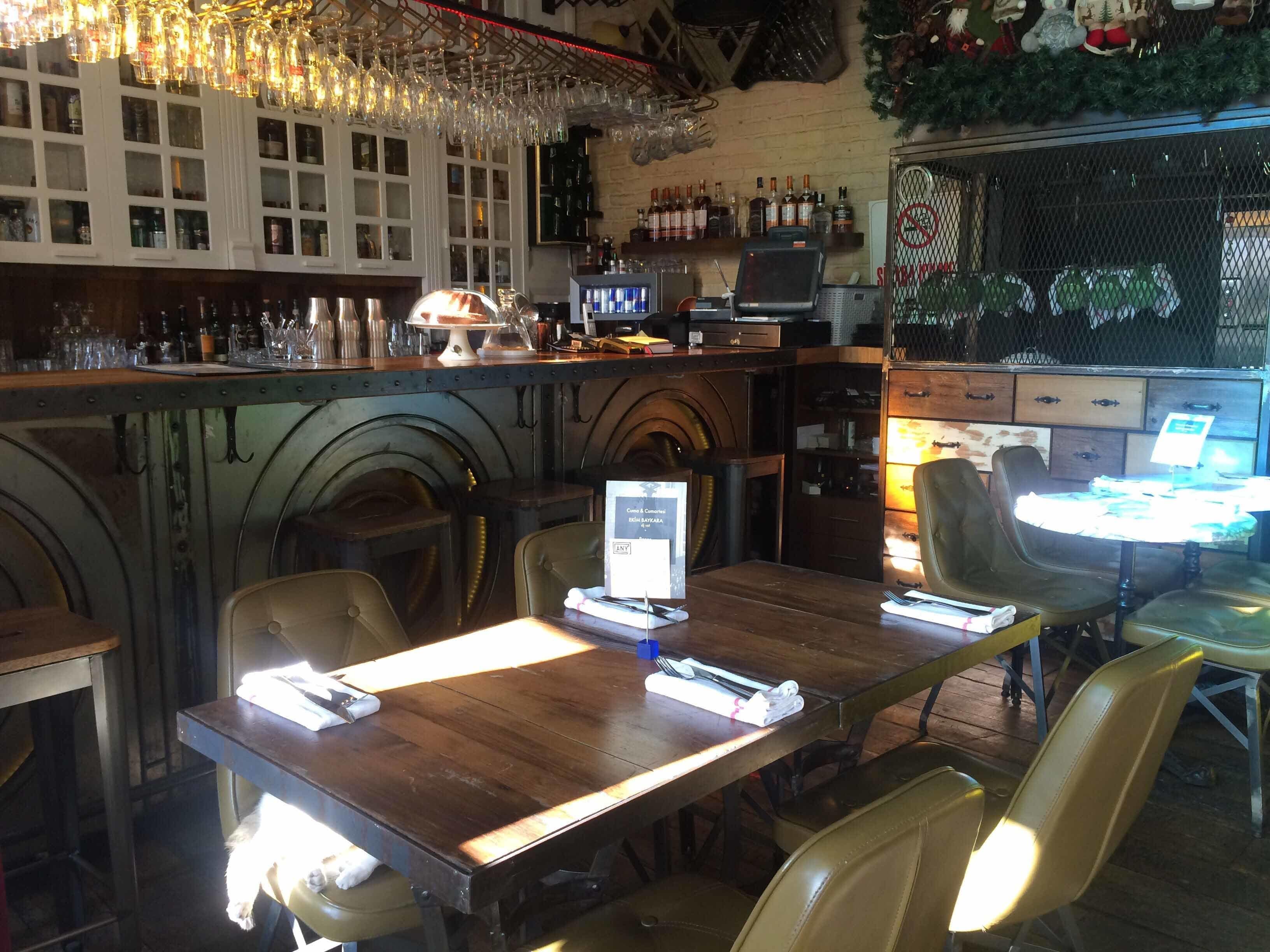 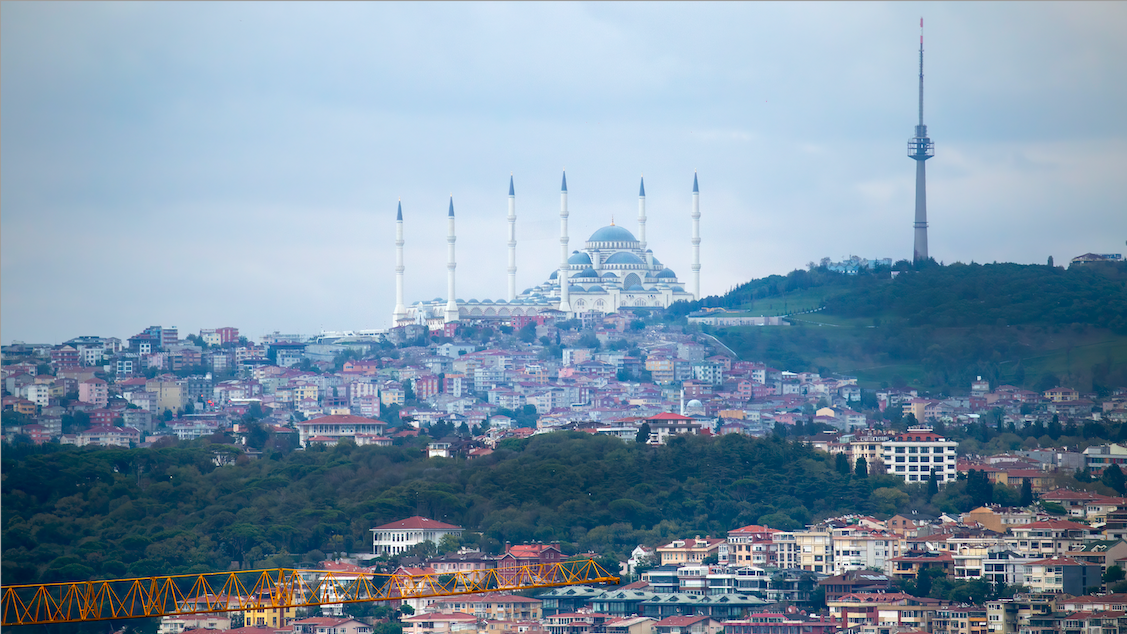 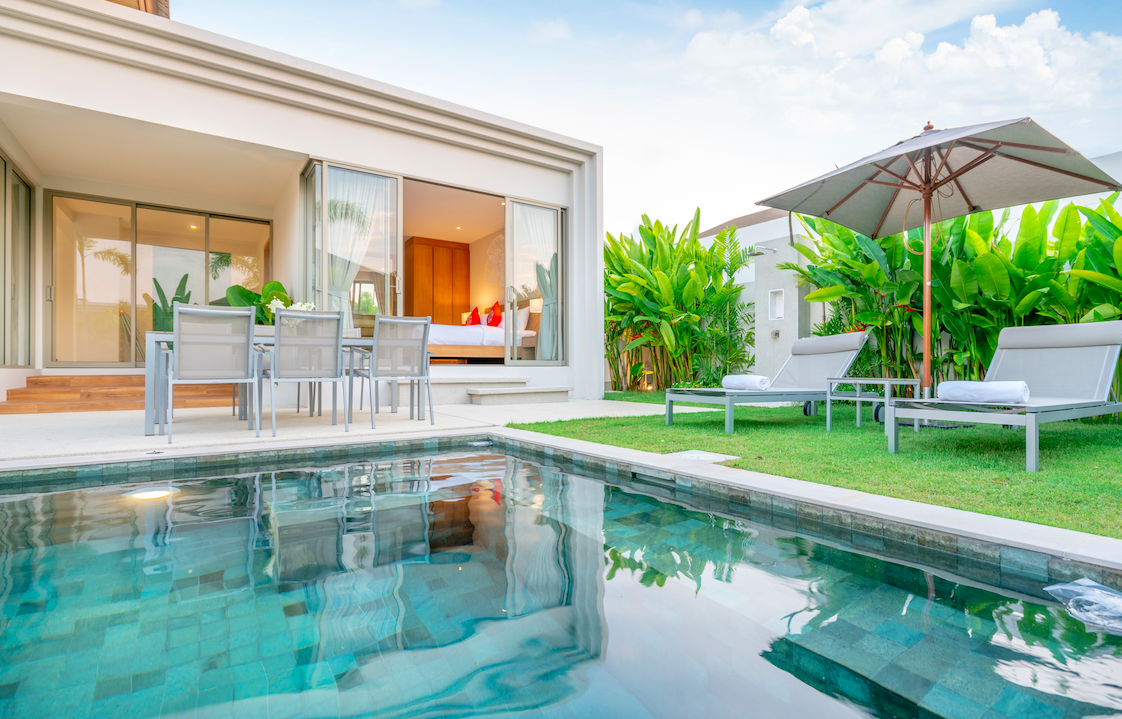